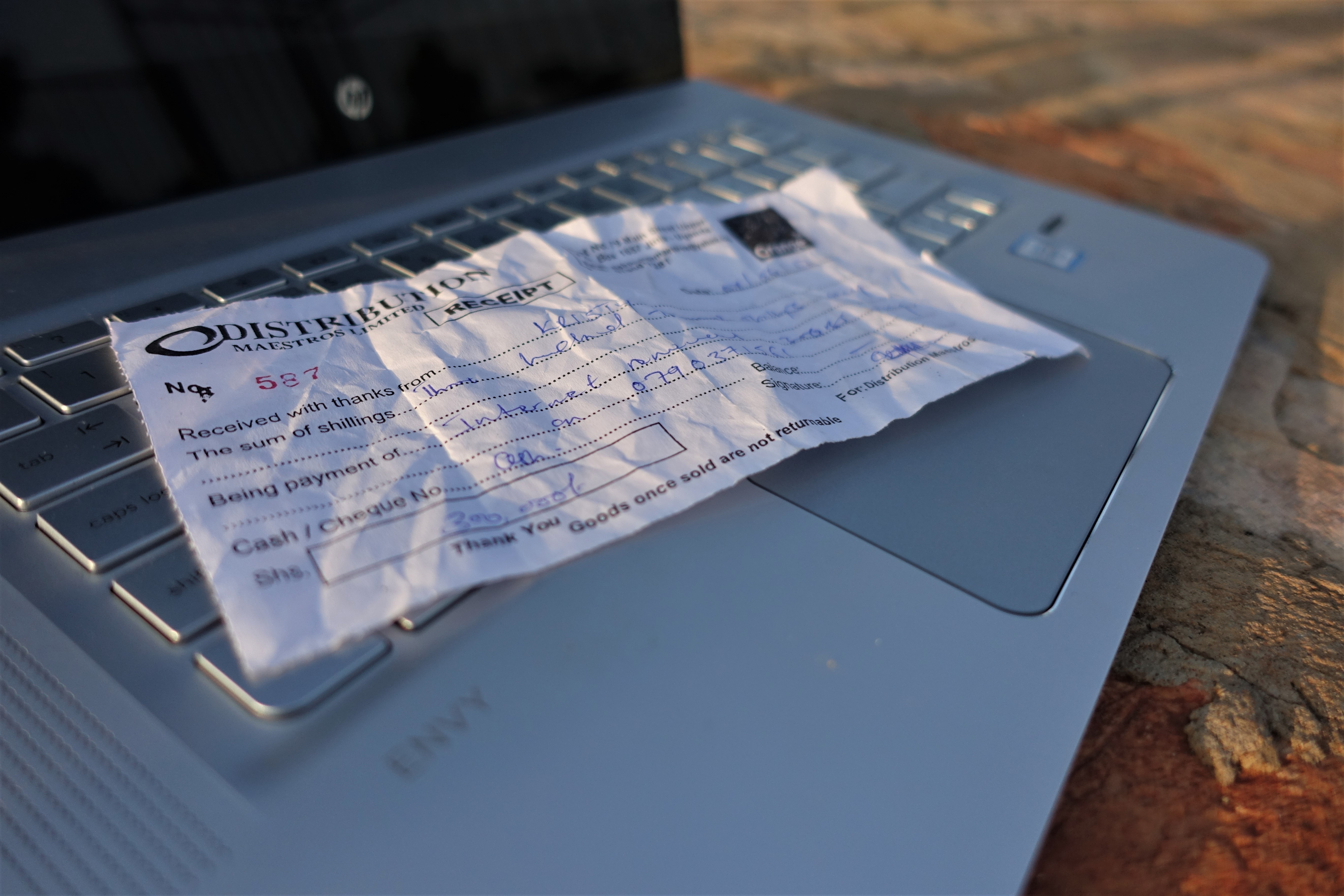 At this moment, I am putting pen to spiral notebook paper rather than fingertips to laptop keyboard. Power outages are common in Iganga, and the single drawback to my newly purchased HP Envy is that the battery only lasts a few hours.

Assuming my devices are charged, I have three means of telecommunications available to me:

#1. The laptop is my primary means of communication. A few days after I arrived in Iganga, my concierge (OK, he’s actually the administrative coordinator at the CDO who is tasked with babysitting the interns) helped me to get what the Ugandans call an “internet stick.” I would say it’s better described as a USB modem that operates over the africell network. I did a few speed tests and I regularly get about 4.5Mbps down and 1.5Mbps up. If you want internet on a computer, this how you get it here. There are no wired networks. 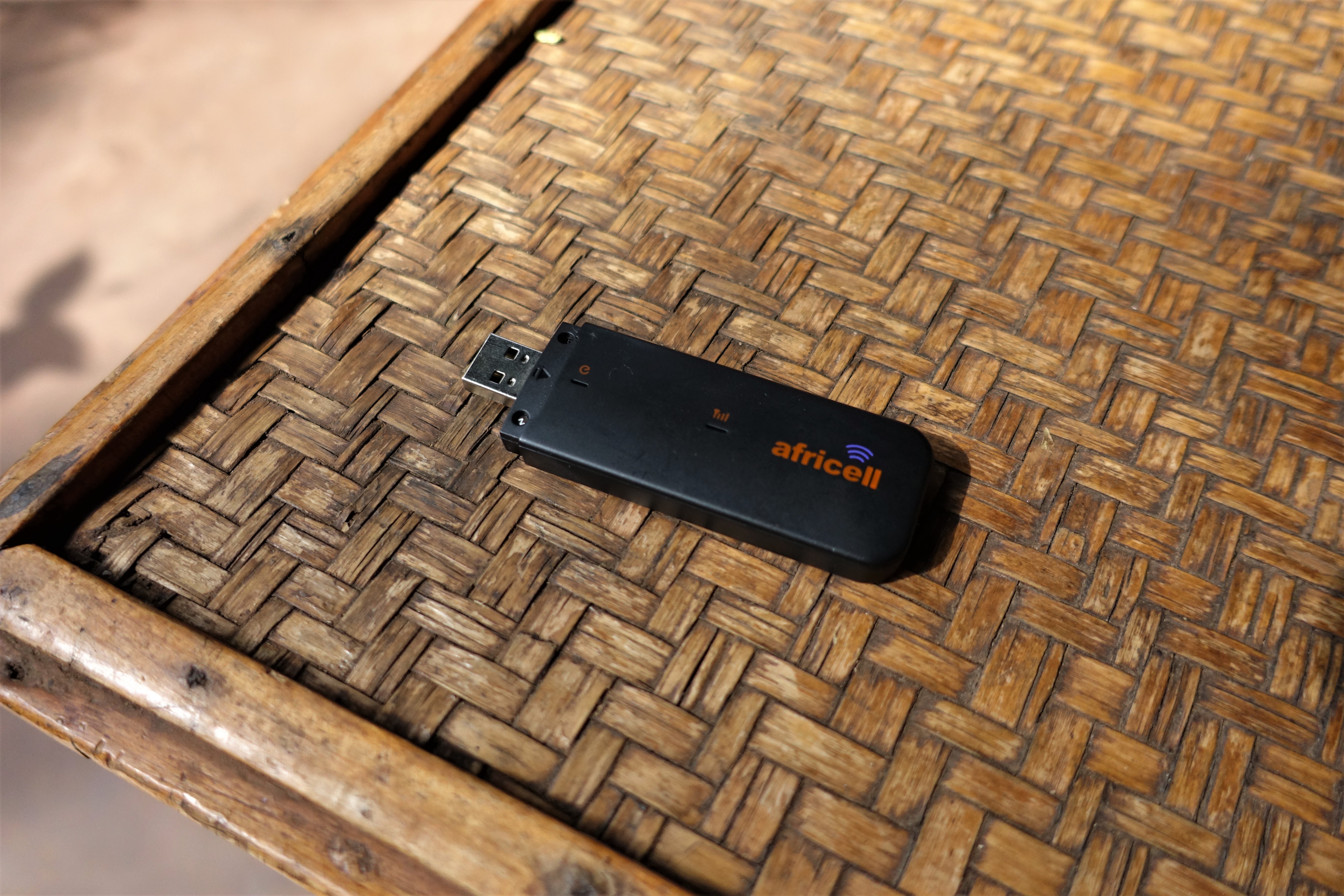 I initially bought 3.5GB of data for 75,000 shillings, or the equivalent of about $21. That lasted me a week. I ran out of data the afternoon that I was recovering from my overnight of food poisoning. I had been laying in bed streaming a Flatirons service online and was interrupted by silence. Suddenly I was motivated to get up, shower off the sweat and other bodily excretions and go buy some more internet. Which is a bit of a project.

Almost the entire consumer economy in Uganda in cash based. You’d think you could just enter a credit card number online and get more data, but no. You have to call a guy named Francis, give him your internet stick ID number, tell him how much data you want to buy, then arrange to meet him somewhere in town to pay him in cash. And you must do all this while comprehending about 30% of the phone conversation.

Also, in this circumstance, I felt like crap from being sick all night and I first had to go to the bank to withdraw shillings for my purchase. For this trip to town, I decided to take a boda. I called my chauffeur, Richard, who said he’d come to get me in 20 minutes. 40 minutes later, we were off to the bank.

Francis waited a long time for me. But 300,000 shillings was probably his biggest sale in a while, so he was still at the café when I got there. I was a little apprehensive about handing over my wad of fresh paper shillings to someone without the prospect of getting a tangible product in return. Francis surprised me with a carbon-copy, handwritten receipt—which still wasn’t a guarantee—but was at least something that seemed legit. When I went back to the Guest House and turned on my computer, the internet was back on.

#2. When I’m at the café, I can use the Wi-Fi on my phone. (I don’t usually take my computer there because I’m not thrilled to walk through town with it.) However, the Wi-Fi is subject to the frequent town-wide power outages, as well as capacity constraints. The café is the only place in town to get public Wi-Fi, so it’s heavily used by mzungus. Also for some reason that I haven’t figured out, there is always a 15-20 minute period before the Wi-Fi connection on my phone stabilizes and is usable. Even then, the coverage is only in a partial area of the restaurant.

I’ve found that WhatsApp works pretty well under these conditions, but almost nothing else does. Instagram is a real tease because I always get notifications, but I almost never am able to view posts or comments. It’s a miracle I was able to get a single picture uploaded.

In theory, I should be able to connect my phone to my computer’s hotspot, which is is fully functional thanks to my internet stick. I spent hours trying to get it work… where’s IT support when you need it? Yes, I restarted all the devices. Multiple times. Yes, I changed every last firewall setting. Yes, I tried to connect someone else’s phone.

I do think it’s possible to use my phone on the AirTel network here, but I’m afraid of how much that will end up costing me. Plus I don’t really want to be that accessible. The one thing I wish I had on my phone was working Google Maps; it would be a lot easier to get around.

#3. I also have an old fashion cell phone. This was courtesy of my concierge. It’s kind of a lifeline here because I can use it to call the organizational leaders, the other interns, my concierge, my chauffeur, and use it as a contact number for my weekend excursions. I limit my text conversations to: “yes,” “no,” and “OK” because it takes forever to key through the letters and numbers. As much as I hate calling people, I have even less patience for texting this way. 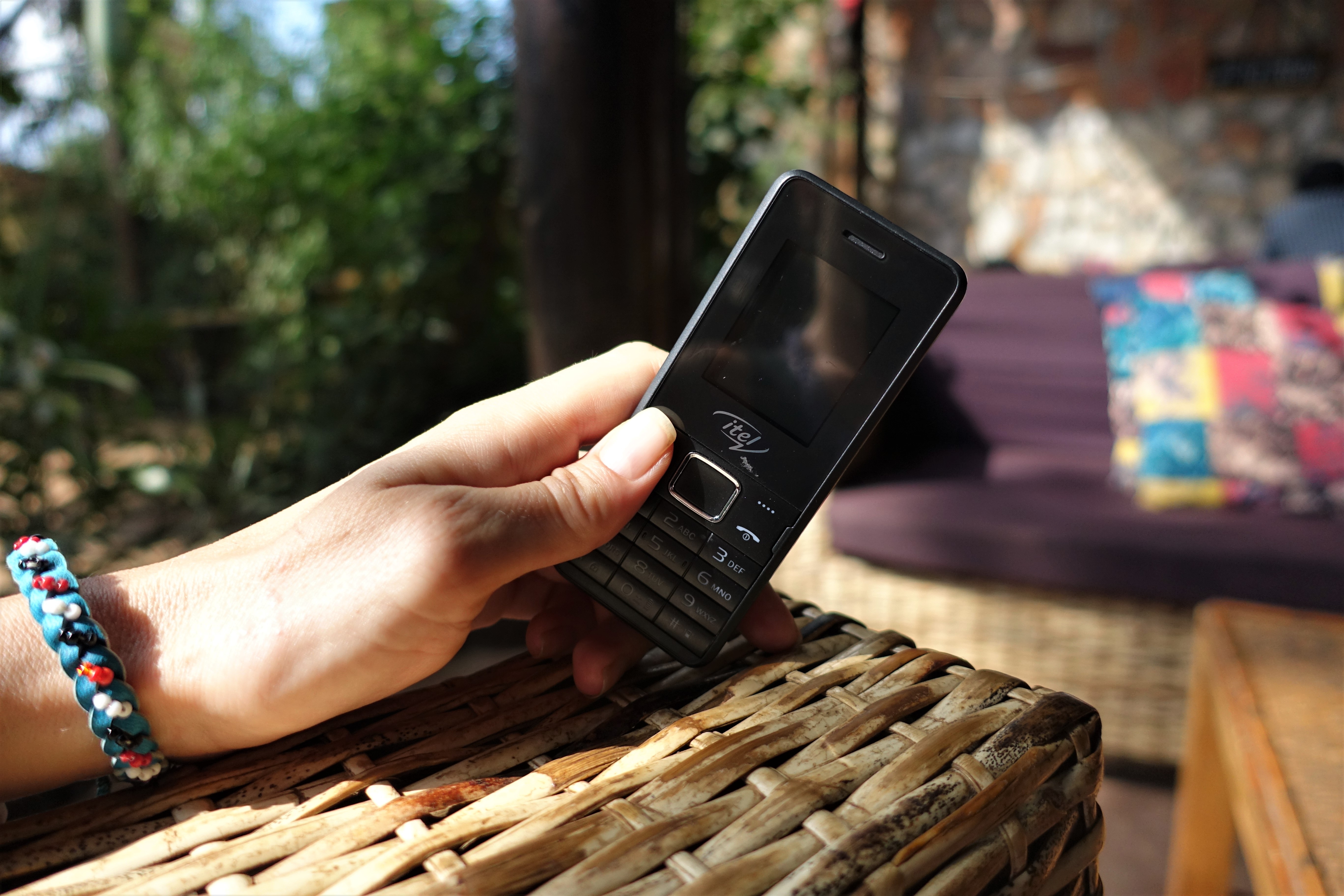 If it’s complicated and costly for me to get internet access, then what is it like for the Ugandans? I can tell you that some of them have smartphones, but they’re the minority. Smartphones and computers are a privilege for the well-employed. I’m not sure what the gen pop would really even do if they had internet access. Certainly nothing involving commerce.

Internet access for kids is almost non-existent. I’m told that most schools begin offering computer literacy course at the high school level, but it’s doubtful these schools have internet. Breaking this norm are the two schools that the CDO operates. The primary students are taught familiarization with computers, like how to turn on, create a Word document, type, save, and print. The high school students learn basic, practical usage of Excel and PowerPoint. The CDO’s high school has only been open a few months and doesn’t yet have internet, but the plan is to provide it to the computer lab there.

So think about this: A 14-year-old Ugandan gets internet access for the first time in her life. To say a whole new world opens up is an understatement. She has not grown up with electronics, touch screens, video chat, social media, or any discipline and understanding of the dangers she is now exposed to.

A teacher I talked to said that the biggest problem he foresaw with bringing internet to the classroom was that the kids would be glued to music videos. We’ll see.

4 thoughts on “THE TELECOM”