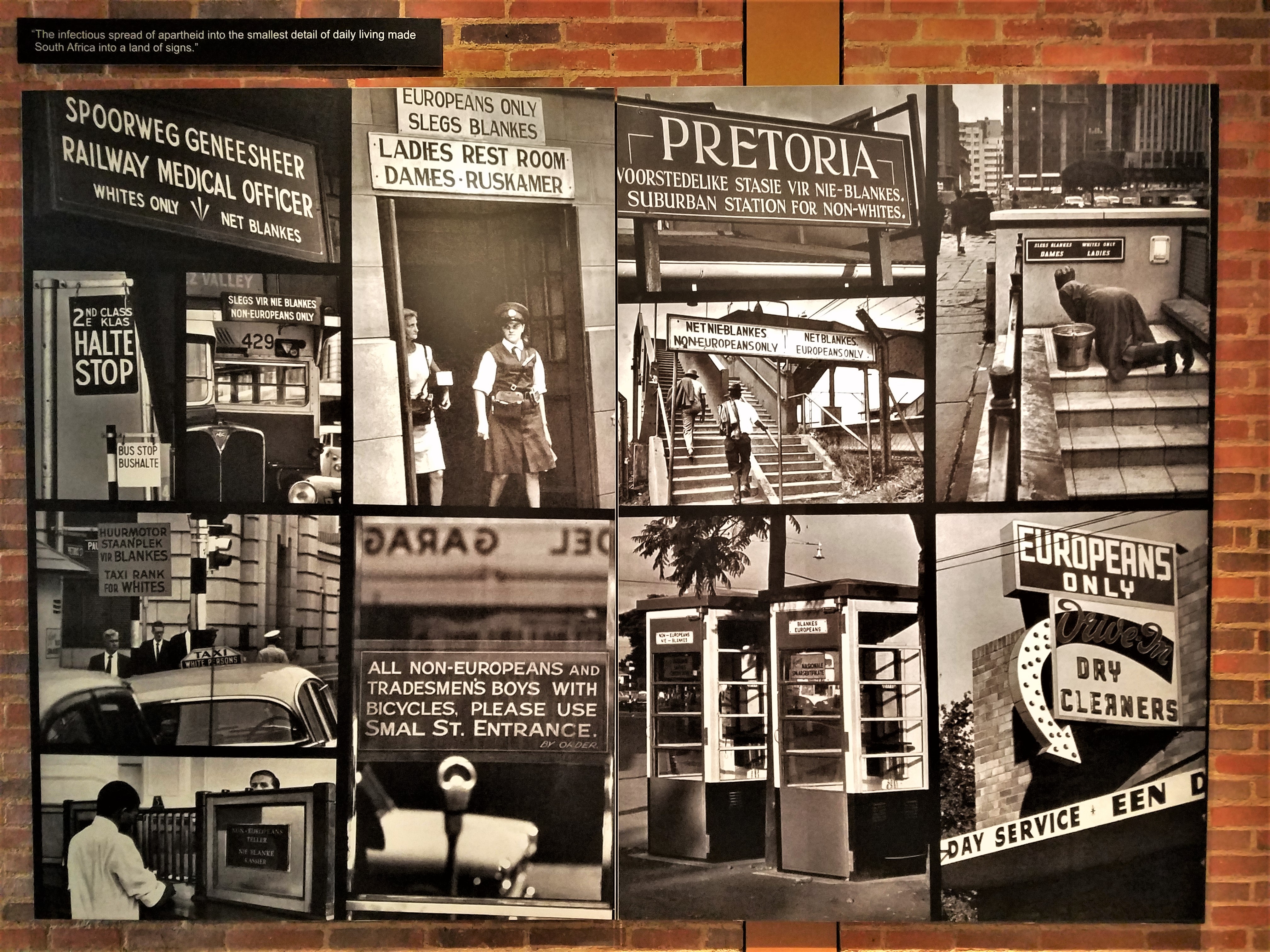 Johannesburg, South Africa was a just few hour flight, yet an entire world away from the East African countries I’d been living in and touring. I’d been slowly entering re-entering the modern world over the previous couple weeks and Johannesburg was the full realization of it. The city is the business hub of South Africa and home to five million people. It’s a totally modern city with eight-lane highways, electricity that works 100% of the time, tap water you can drink, common use of credit cards, retail and restaurants everywhere, and fast internet. It’s also a dry, scrappy, bland metropolis that’s locked down behind tall security fences, electric wire, gates, alarms, cameras, security checkpoints, and armed guards. As I rode in an Uber from the Joberg airport to the suburbs, I was struck with how familiar the area felt to a movie I’d long-since forgotten: District 9.

District 9 was a sci-fi movie about aliens that landed in Johannesburg in the 1980s and were subjected to confinement and persecution. It was supposed to echo the real-life apartheid, or systematized segregation and discrimination, of native black Africans in South Africa. I barely remembered the movie and knew even less about apartheid, but the similarity between the look and feel of the movie and the Johannesburg I experienced was striking. 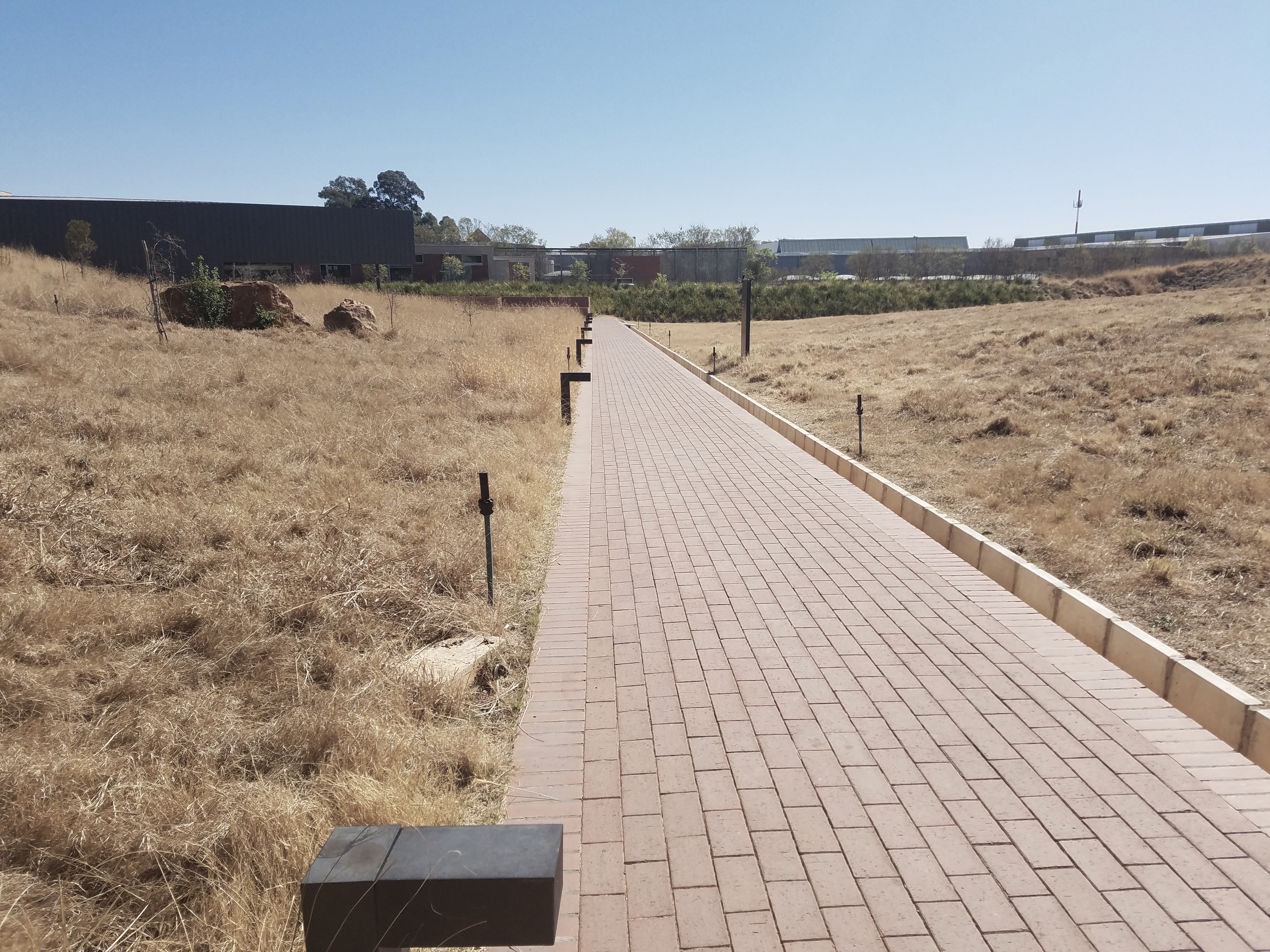 I arrived in Johannesburg in the evening and in their winter. Yep, I went from tropical paradise and swimwear to 40-degree nights and real-world clothes—clothes that I didn’t have. I had taken three 50-pound suitcases to Uganda, but I’d brought no jeans, no sweaters, and no shoes outside of sandals and running shoes. Since leaving Uganda, I’d been wearing my black, capris yoga pants every time I put on clothes, and that wasn’t going to cut it in Johannesburg.

I stayed at a guesthouse that was about a half-mile away from a mega-mall that had shops, restaurants, beauty salons, a movie theater, an arcade, multiple grocery stores, banks, and even a concert venue. (All behind a tall metal fence topped with electric wire, and entry only through a guarded gate.) But it wasn’t a luxury mall like we’re used to, like the Fashion Show Mall in Las Vegas or even Park Meadows. In some ways, Johannesburg is a throw-back to the 90s or maybe early 2000s; the mall was outfitted with shiny surfaces, low ceilings, and a lack of natural light. Nonetheless, there was more variety in products and food there than I’d seen in three months in all of East Africa.

I bought a pair of jeans at Zara. The bliss that comes from sliding on a pair of perfectly fitted jeans—with pockets!!—is something that can only be understood after three months of deprivation from something that sounds so basic, but is so basic to one’s identity. I also bought a sweater for layering up in the cold South African winter weather and a fresh pair of shoes. Just a few pieces of new clothing pretty much rocked my world.

Traveling anywhere in Johannesburg means you get in a vehicle from behind a closed gate, ensure the vehicle doors are locked and the windows up, drive to your destination, and get out of the vehicle from behind a closed gate. I asked around to the nice couple that ran my guesthouse, the people at the yoga studio I frequented, and my dozen-plus different Uber drivers about whether I could walk around the city—even the short, half-mile trip to the mall—and was strongly advised by all to not do it. The danger, I was told, was in muggings and in violence against women, in particular. I would see people walking around on the sidewalks, but those people didn’t look like me, so I guess that’s what the issue was.

In Uganda, there were no sidewalks and walking on the roads was a bit of taking your life in your hands due to all forms of traffic sharing the road, but danger from other people was not an issue. At least not where I lived. I heard stories of muggings in Kampala, but the situation wasn’t even close to the point of being so bad that you were entirely prohibited from walking around. Rwanda was extremely safe, with nice sidewalks and orderly protection. Zanzibar was less so, with vigilance on the beach being necessary, but was perfectly safe to walk around Stone Town. Johannesburg, with all its modernity, transportation, access, and money, was also the most hostile.

I visited the Apartheid Museum. I didn’t even know exactly what the word meant prior to the trip, so I was hoping for a solid education on the history and culture. The museum was on a property that sat adjacent to large amusement park on one side and a large casino on the other. The developers of the entertainment properties built the museum as part of their bid to the city to create more of a tourist destination. The museum is expansive and clearly had a lot of money put into it. It’s also like a 30,000-page book full of a detailed history of dates, names, and places that needs to be condensed to 30-page outline with a definitive story line and supporting details. The museum was an archive, not a teaching tool.

The better use of two hours was the movie called Krotoa that I’d seen the day before. It was based on a true story about the interaction of Dutch settlers with the Cape-area Khoi tribe in the late 1600s. Krotoa was a young Khoi woman who was groomed by the Dutch and was a trusted member of their colony, simultaneously struggling to stay integrated with her old tribe. The movie set up the story of how Europeans claimed property rights and superiority over the Africans that had lived there for thousands of years, which—fast-forward three hundred years later—resulted in the racial discrimination and animosity that was apartheid.

The museum wasn’t a complete loss. I was able to filter out enough of the overwhelming detail to learn about the gold rush of the late 1800s that solidified the white presence in what is now Johannesburg. The gold rush sounded a lot like what kids from Colorado grow up learning about, but on a more epic scale as, to this day, heavy mining continues. A major contributing factor to the racial tension and pre-apartheid slavery was due to the reliance that the Europeans had on the natives to do the labor-intensive mining for extremely low pay. The British even engaged in the price setting of gold, which squeezed the available margin of pay for the laborers further.

Apartheid officially ended in 1991. There are still slums, disease, poor education, and poverty for the black South Africans. As far as I could tell, the whites have it pretty good, living in nice compounds with all the benefits of western culture. It’s reasonable to see how racial tensions still exist barely 25 years later. On the other hand, the people in Rwanda systemically murdered each other less than 25 years ago, have substantially less overall wealth, skills, resources and opportunities than the people in South Africa, yet they live side-by-side with an eye on the future. (Rwanda also has a significantly smaller and not-as-well funded genocide museum, but is far more impactful.)

I spent three months living and working alongside black East Africans, doing yoga with them, and walking around their communities and I never felt the slightest bit of racial tension. There was definitely a sense of “have” versus “have not,” but that was very different than anything relating to skin color or varying culture. I guess the difference between East Africa and South Africa comes down to historical oppression and how much of it is carried forward by society. It puts a whole new lens on the world.

For more on gold mining in South Africa, I found this great image and article: http://www.businessinsider.com/the-worlds-deepest-gold-mine-is-in-south-africa-2016-12

1 thought on “THE CONTRAST”