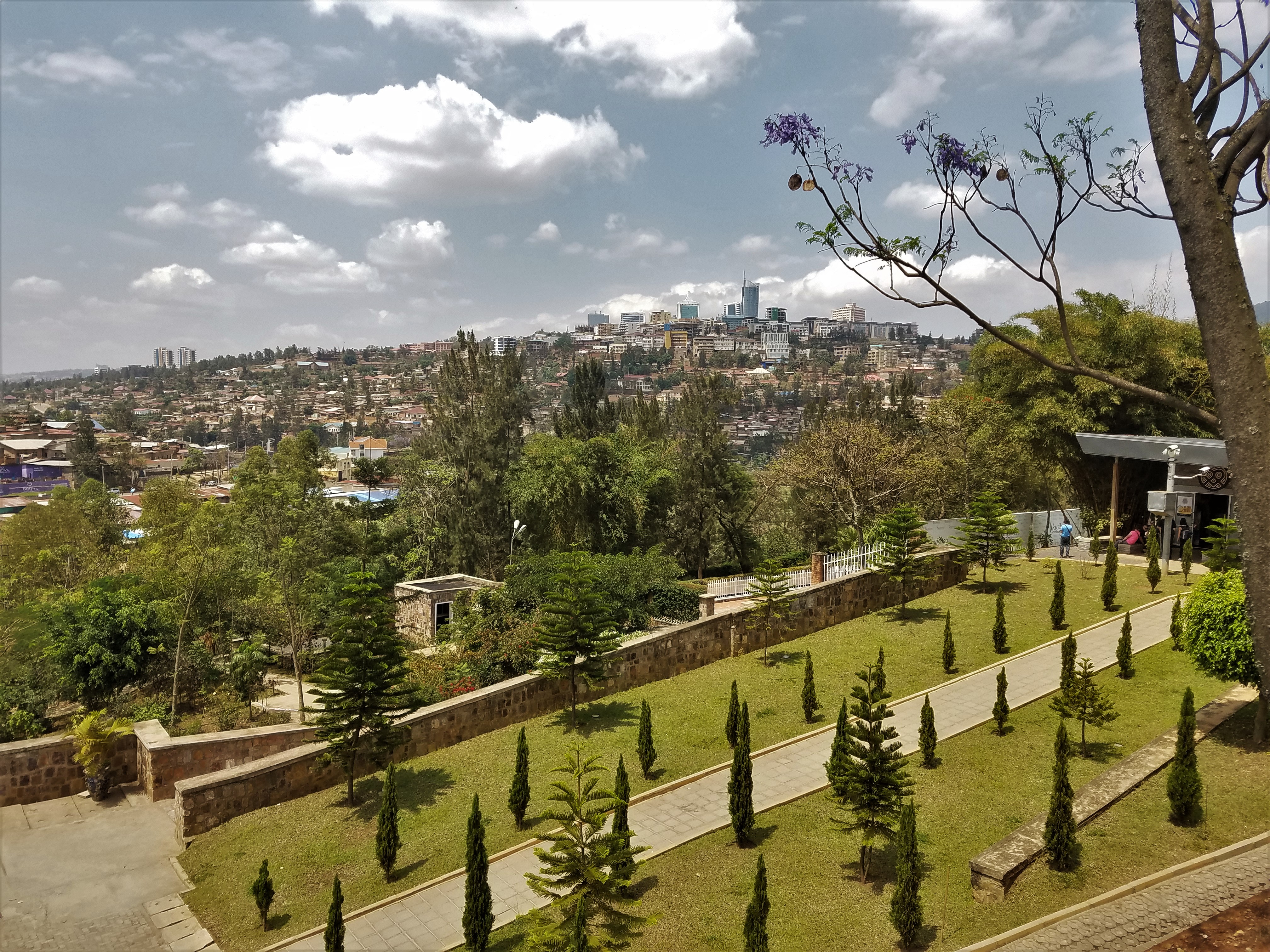 Here’s what I thought I knew about Rwanda: It was a bad, scary African country where I vaguely recall that much violence had occurred… Here’s what Rwanda actually is: It has an incredibly developed transportation and energy infrastructure (relative to my experience so far in Africa) and a system of law and order that would make any Westerner appreciate. It’s clean, green, has rolling hills outside and inside the cities, and feels like an up-and-coming place.

At the end of our commitment to the CDO, Erin and I took a bus from Kampala to Kigali. It departed at 9am and was set to arrive around 7pm. So all those scary bus rides in Africa where people get killed on sharp curves—yeah, we were doing one of those… It was really not like that, which is why I’m writing about it… We took a VIP bus from Trinity Express for 40,000 shillings ($12-ish dollars) and got front, spacious seats. Granted, we’d made the effort to stop in Kampala and reserve the front seats a week before when we’d come back from our safari. It was no small effort, as we had to travel to the bus station, which was far removed from anything else, and write our names in a carbon-copy book that laid out our seat assignments. We didn’t pay a deposit; that was scary.

The bus ride was fine. Our front row seats opposite the driver were the deal maker. We could see and we had space. My oversize backpack with all my life essentials was just fine laying on the floor in front of me, thanks to the front row space. There was a couple bathroom stops, my favorite being the gas station where you had the option to pee in a communal gutter. I took it, as the closed-door latrine was doubtfully much better.

Border crossing from Uganda to Rwanda was as confusing as one would expect from East-Central African countries. We had to depart—with all our carry-on belongings—to a  little building where you got your exit visa. Then you had to walk a quarter mile over to the Rwandan side to get your entry visa. As a U.S. citizen, you also had to visit the bank desk to pay for your entry. Erin and I were the only two non-Africans on the bus and we took the longest to deal with immigrations; we made special note to the bus manager that we were still around and dealing with things and that the bus shouldn’t leave without us.

Crossing from Uganda to Rwanda was like the culmination of my fantasy about how different it would be, and even more so. First, the bus switched from driving in the left to driving in the right lane; my brain had to absorb that for a while. Second, the landscape really did change. Rwanda is soft hills, winding roads, and has a sense of cleanliness and order and that was different from Uganda. The bus driver, who’d been honking at everything in his path and swerving around obstacles all the way from Kampala, was suddenly keen on staying in the marked lane, abiding by the speed limit, and yielding to everything from animals to pedestrians.

Oh, hey, here’s the thing about Rwanda—the reason it intuitively seemed scary: 23 years ago, when I was 12 years old, a million people in this country were tortured and murdered by their friends and neighbors. A million people. Erin and I visited the genocide memorial in Kigali and learned about it.

The Rwandan people were categorized into two ethnic classes by Europeans when they had a significant presence in the early 1900s. At first, one class called the Tutsis, were favored as the higher class above the Hutus. The ethnic lines were drawn partially based on physical characteristics and partially based on wealth. Later, the Tutsis, who made up 15% of the population, were deemed the outsiders and villains. Over time, the majority Hutu Rwandan government cultivated a militia and public campaign strategy to cleanse the country of the Tutsis.  It amounted to genocide.

Genocide isn’t something that Americans get. We learn about the Holocaust and, yes, it’s tragic but it was long ago, theoretical, and mostly we have no real attachment to it. In Rwanda, the people who drive your motos, serve your food, do yoga with you, and escort you around the genocide memorial all lived through it. People my age were 12 years old when they saw their families murdered or murdering other people.

The genocide memorial in Kigali is an exhibit to teach Rwandans and foreigners about what happened. It’s also the home to 250,000 graves. Many bodies were recovered years after the genocide and relocated. The memorial includes graphic descriptions of how individuals died, including children. The ones who were shot got off easy; the plan was to inflict pain. Family members were forced to watch as their children and wives were mutilated and raped. Repeatedly. Then they were slowly killed, sometimes by throwing them into the deep latrine pits with dozens of other people only to be gradually crushed. Often women were raped and raped and raped again by men who had H.I.V. and then allowed to live so that they could endure the lifelong torture of the memory of their families being killed, being assaulted, then living with AIDS. There’s a big public health problem now.

So 23 years later, Rwanda is relatively thriving country. Huh. I’m just a tourist experiencing the country for what it is right now, but I’m pretty perplexed about how you can go from apocalypse to law-and-order so quickly. I’ve read and been told that the Rwandans virtually immediately pulled their shit together and developed national unity via forgiveness and justice. The victims and perpetrators live as neighbors in their small houses in the hills, knowing that life and death, blood and rape occurred at each others’ hands.

I experienced zero racial tension in Rwanda. White skin wasn’t a thing. Sure, I got up-charged a little for moto rides, but mostly the culture was very inclusive. The Rwandan people, at least in Kigali, were sophisticated and respectful of order—maybe even a little too much, as I was escorted by a police guard to a designated crosswalk rather than jay-walking. (No such thing as crosswalks in Uganda!)

There was more of a language barrier in Rwanda than in Uganda because English was not the common language. French was the language of the educated, but the moto drivers seemed to only know the local language of Kinyarwanda, making it very difficult to get around. A good tool was to get a written note with the location of your destination to show to the moto driver. However, this was not fool-proof as I ended up driving around for an hour on a moto one night and being 20 minutes late to yoga class. 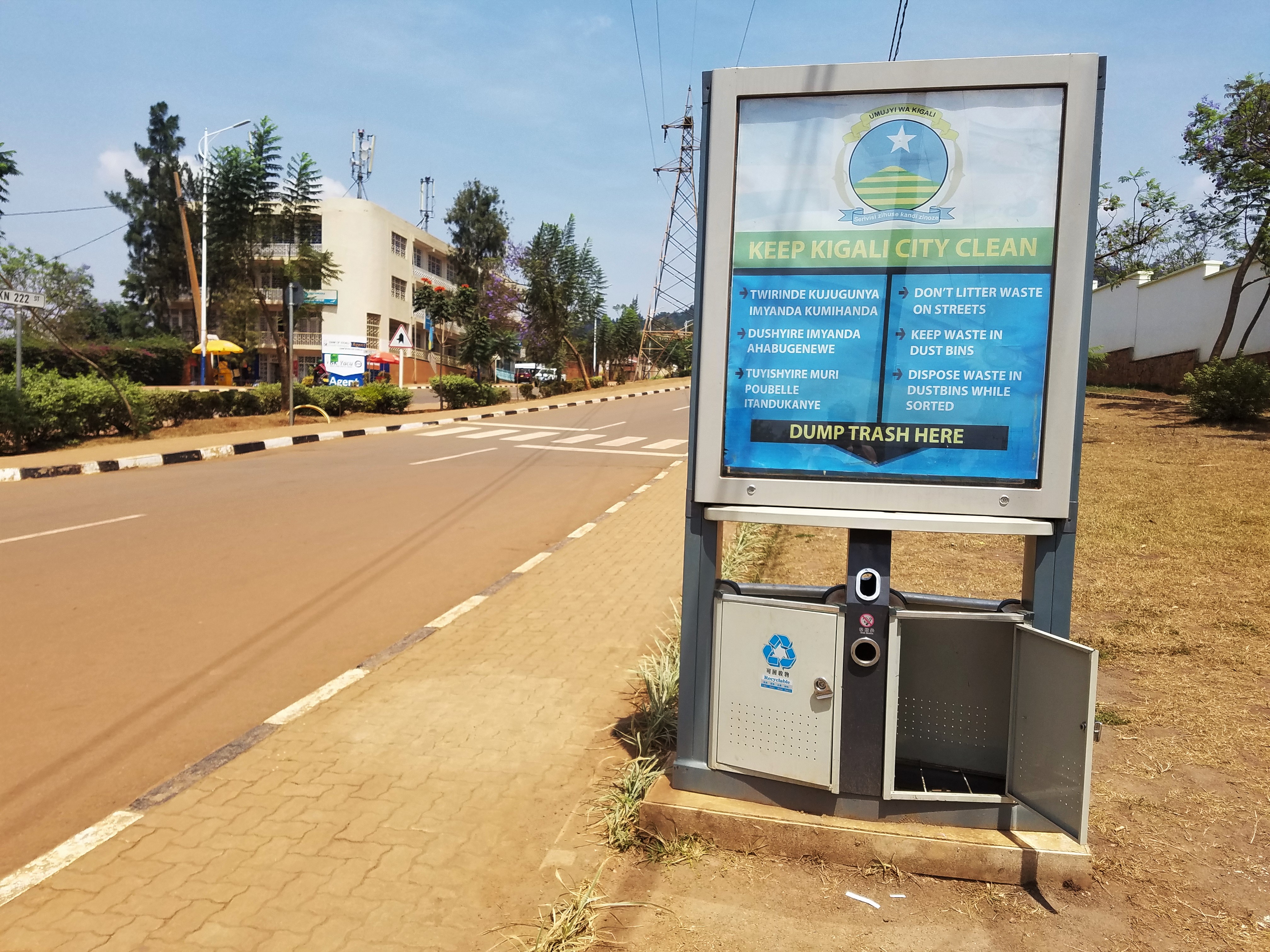 Kigali, relative to my other experiences in Africa so far, is beautiful and comfortable. It feels—and I think actually is—very safe. There are sidewalks (praise-a-lujah!) and stop lights and roads without pot holes. Riding on speeding motos up and down the hilly, paved roads in Kigali was hands-down one of my favorite experiences in Africa. There are modern restaurants with Wi-Fi and delicious, cheap food. You can walk into the villages, up the hills, into the country and still feel like you are welcome. Sure, you get called “mzunga” by some, but at least they feminize it. 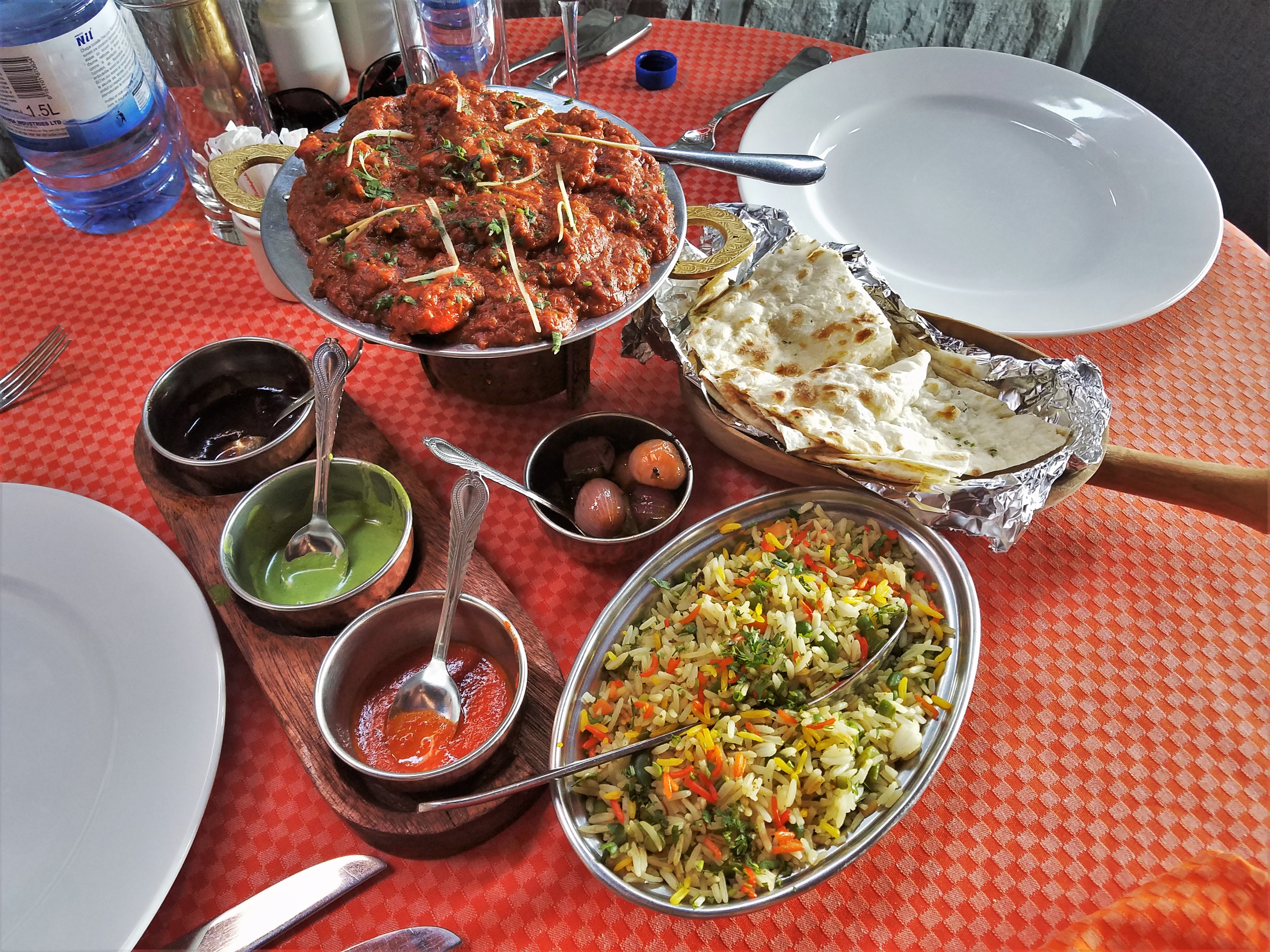 If only there was a beach.

6 thoughts on “THE INTERLUDE (IN RWANDA)”